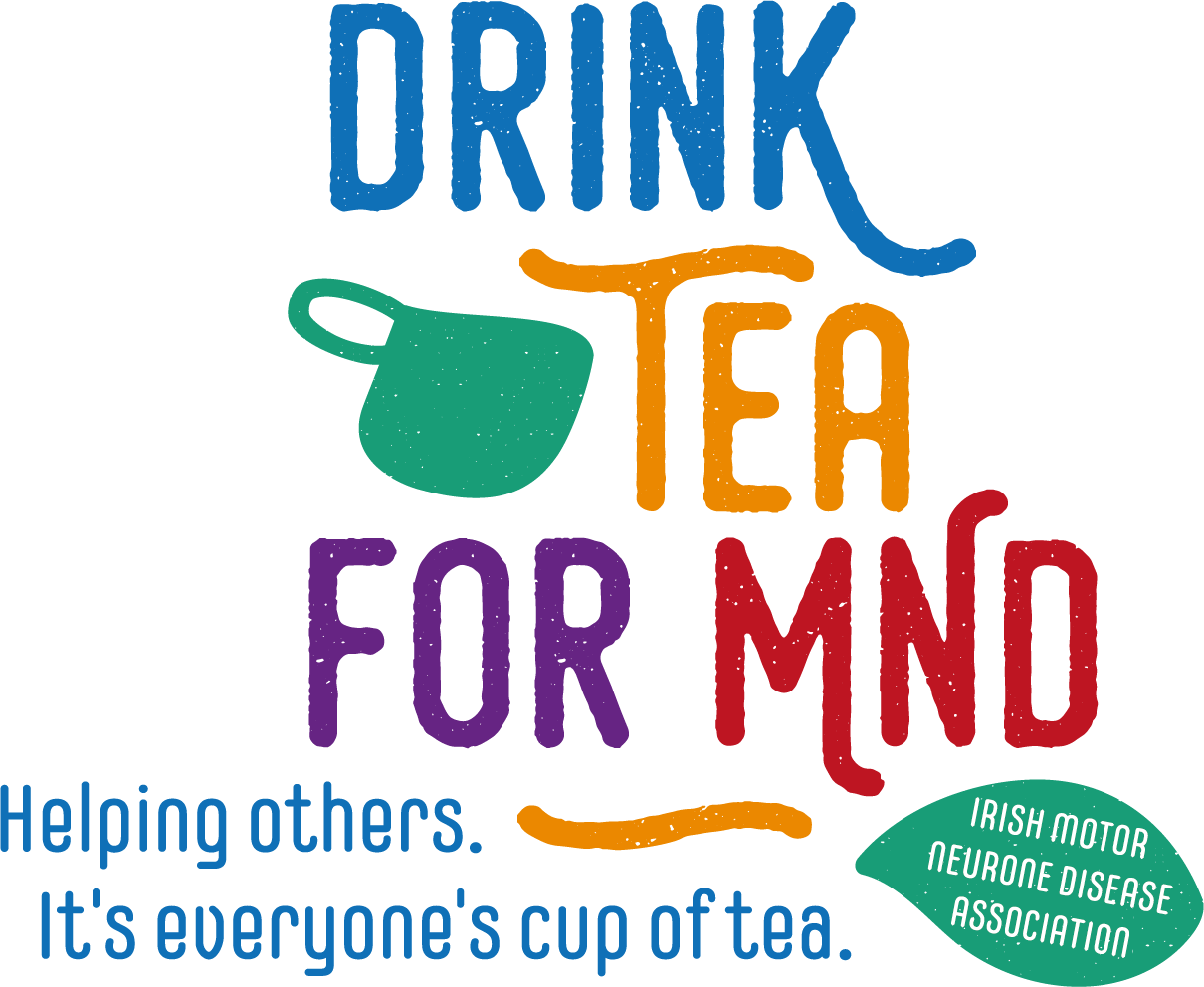 Margaret Mulvany is from Galway and lives with her husband Liam. She was diagnosed with MND in January 2022, this is her story.

"All my life I walked everywhere. I loved to walk and walked in excess of 5 miles a day.  I have always kept fit, with a healthy diet.

In Nov 2019, I tripped while out walking and just scraped my hands and my knees. I thought that I had tripped over something but didn’t see anything. There was nothing obvious to concern me.

Then in February 2020, I started to trip over my left foot. It was as if my foot did not bend to lift. I was dragging my foot and really had to concentrate to lift it.

I booked an appointment with the GP and he referred me for a lower back scan. Nothing showed up on the scan and all appeared normal.

I began to think it was footwear causing the problem and began searching for the perfect pair of shoes or trainers to stop the foot tripping. However, nothing worked. I went back to my GP after a number of months and he examined the foot and could not see what was wrong. He referred me to a podiatrist. The Podiatrist immediately noticed it was not the foot and suggested a neurologist should look.

I carried on trying to walk although I became very unsteady on my legs. I used a stick and often walked holding onto garden walls along the street. I was determined to keep walking to my beloved abbey each day where I like to sit in the peaceful grotto. I did not want to let go of my independence.

Once the pandemic lockdown came into force in 2020, there was no opportunity to see any specialist. Unfortunately, at the same time, my second eldest daughter Elizabeth, age 41 years old was diagnosed with terminal cancer, completely unexpectedly. I was devastated but determined to be there as a support for my daughter as she battled through her last months at home with her four young children.

My condition got progressively worse quickly but I wanted to focus all my attention on Elizabeth. Over the months leading to her death, I became less able to walk.

After Liz died, I was encouraged by my family to go back to the doctor. On this occasion, I was referred to a spinal surgeon. I had some decompression on the spine due to an old injury and my arms were affected. The surgeon could not identify if the decompression was the cause of the leg dragging.

He also sent me to a neurologist that did every test he could to see if there was a neurological issue but both my reflexes and strength were good.  My symptoms baffled the neurologist.

In March 2021, I underwent a major spinal surgery. Although the surgery did rectify the issues with my neck, and arms, my legs continued to get worse. I also noticed my breathing sometimes was difficult. By now, both my legs were dragging and I could no longer stand unaided. Very fine motors skills such as closing a button or an earring became impossible.

Every week I had sessions with the physio who was also baffled by my condition as she could see that I had good strength and normal reflexes but could not explain why my legs were dragging.

I had physio for 5 weeks but the physio could see that although I did my exercises religiously, I was in fact deteriorating. She suggested that I go back to the consultant.

I carried on with a private physio but after 4 sessions, she urged me to go back to the doctor. I went back to my GP who again referred me to the neurologist.

On Dec 12th 2021, the doctor decided to admit me for a series of tests that took five days and he was able to establish in January 2022 that it was indeed Motor Neurone Disease.

All told, it took 3 years to reach my diagnosis. I was so relieved to finally have a diagnosis as I had been pushing myself so hard, thinking if I could keep walking that my ability to walk would somehow return. I felt I was losing my mind and my faith was the only thing that kept me going.

The relief to know what was actually going on was profound and I was able to accept my diagnosis and in the acceptance found some peace. 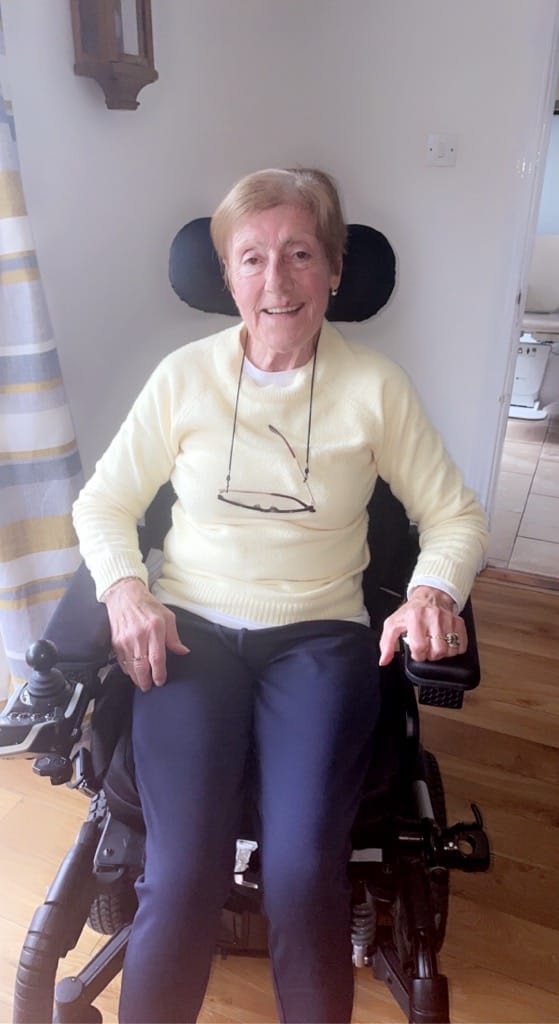 I have been adjusting and adapting well to a new way of living. The support I have received from Irish Motor Neurone Disease Association has been overwhelming and helped me greatly. Only for them, I felt trapped. Johanna was my first port of call on the phone and was able to reassure immediately. Fidelma, MND nurse specialist, came to the house to reassure us that there was support available. She also was able to explain so much about the condition and to reassure me that I was not doing anything wrong.

Community Nurse Dolores, Community Occupational Therapists Colm and Esther have all been remarkable in their support.

Alana my carer understood how difficult it was for me to hand over my independence and in particular helping with personal hygiene was very difficult but she made it easy and I am grateful such services are available to me.

My husband Liam has been an amazing support and really stepped into the breach. He is doing most of the day-to-day chores including all the cooking, keeps the house tidy and helps me to bed. I appreciate everything he does for me. I want to take this opportunity to especially thank Liam for all that he is doing for me.

My children have been a huge support and my neighbours too, especially my neighbour Ann. Everyone has rallied round.

Because this disease is so rare it is often misdiagnosed or GPs simply have never come across it. I urge anyone that has concerns about their limbs not working how they used to but not experiencing pain should request to be referred to a neurologist and to keep going back until you have a diagnosis."