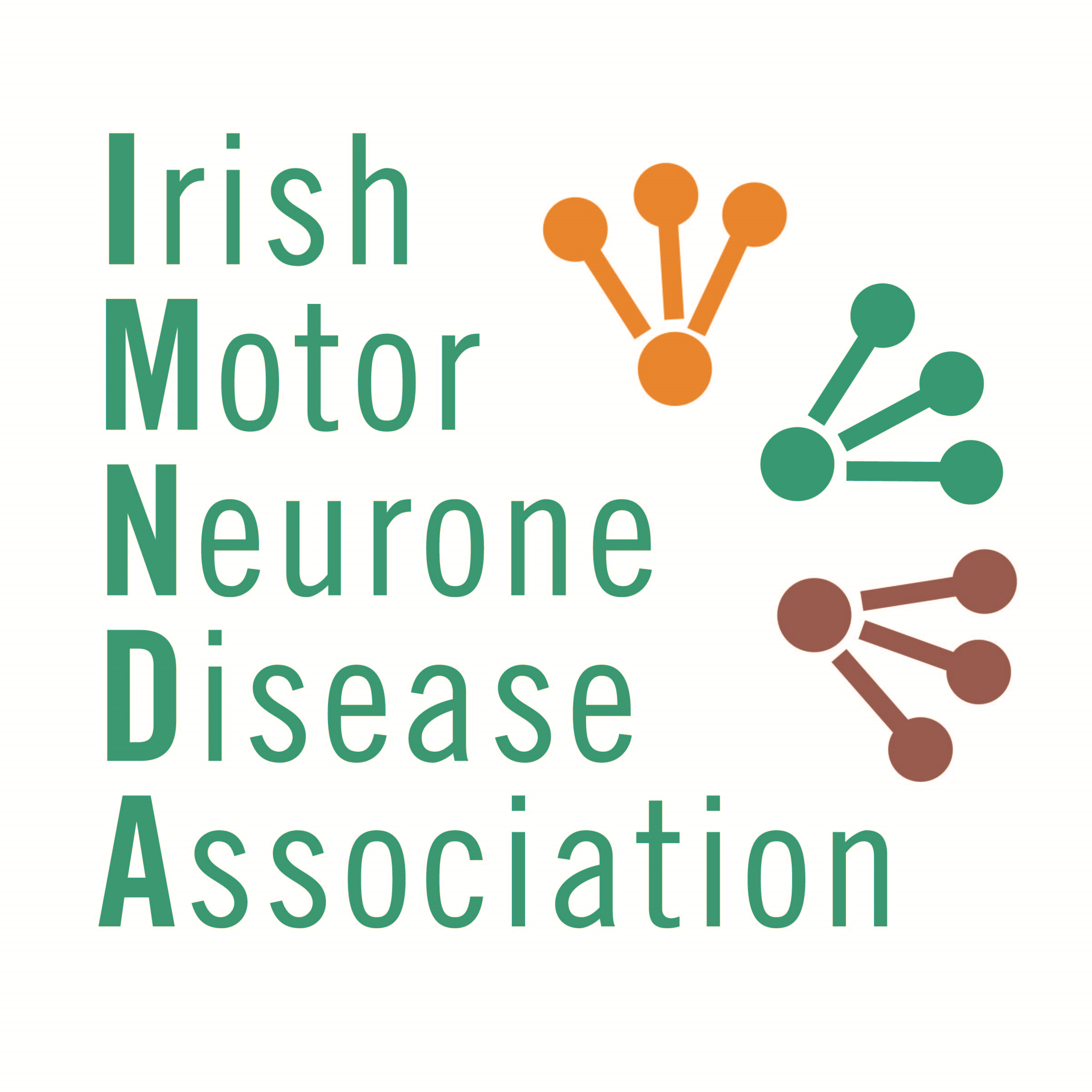 Denis Fitzgerald is 67 years old and lives in Kinsale, Co Cork with his partner Helen. Denis has two sons, one daughter and six grandchildren. Helen has one daughter. This is his story:

"I was first diagnosed with MND in December 2005, but had symptoms for the best part of two years before that. I have had Melanoma Cancer since 1989 and had a reoccurrence in 2001 where the cancer had metastasised to my lymph nodes and I had all of my lymph nodes removed under my left arm and had to undergo chemotherapy for a number of months.

When I first developed a limp in my right leg, my oncologist referred me to a neurologist who sent me for several tests MRI, CT Scans etc. They noticed something in the thoracic area of my spine and so in consultation with the oncologist decided to operate on my back and removed one of my discs to see if this would cure my limping issue. They were concerned that the cancer had returned.

However, the operation did not cure the limp and so they continued to carry out nerve conduction studies in the Mercy Hospital in Cork before referring me to Romford in Essex, UK to a Professor Findlay. He did several scans and nerve conduction studies over the course of a week in October 2005. We were then asked to return to Professor Findlay on 1st December to be given the diagnosis of Motor Neurone Disease.

Neither Helen nor I had a clue as to what this disease was and so he went on to explain it. He said my prognosis was not good and at best, my life expectancy was 5 years. We were both in terrible shock. How could this be happening to me?

I was a very fit and active man. I continued to work in Lilly where I was Procurement Manager with a number of people reporting to me, a job I loved. Gradually my right arm became quite stiff and I found it difficult to play my guitar, a passion of mine. Within months, both of my legs and arms were impacted. I was no longer able to do the gardening, wash the cars and general odd jobs around the house all of which I found very therapeutic. Helen was now doing these jobs and I felt useless.

By early 2007, my speech, swallow and breathing became affected, at which point I became very down in myself and despondent. I could no longer sing and play my guitar and I hated the sound of my speech. I had become very tired during the day and needed to take rest breaks. I felt my life was over.

I attended Professor Orla Hardiman in Beaumont hospital and she recommended that I attend Dr Aisling Ryan’s MND clinic in Cork rather than making the trips to Dublin. Dr Aisling Ryan really gave Helen and me great hope in that “my disease could be managed”. These were the words that we needed to hear rather than all of the doom and gloom which had really brought me to a very low place. I was very depressed. 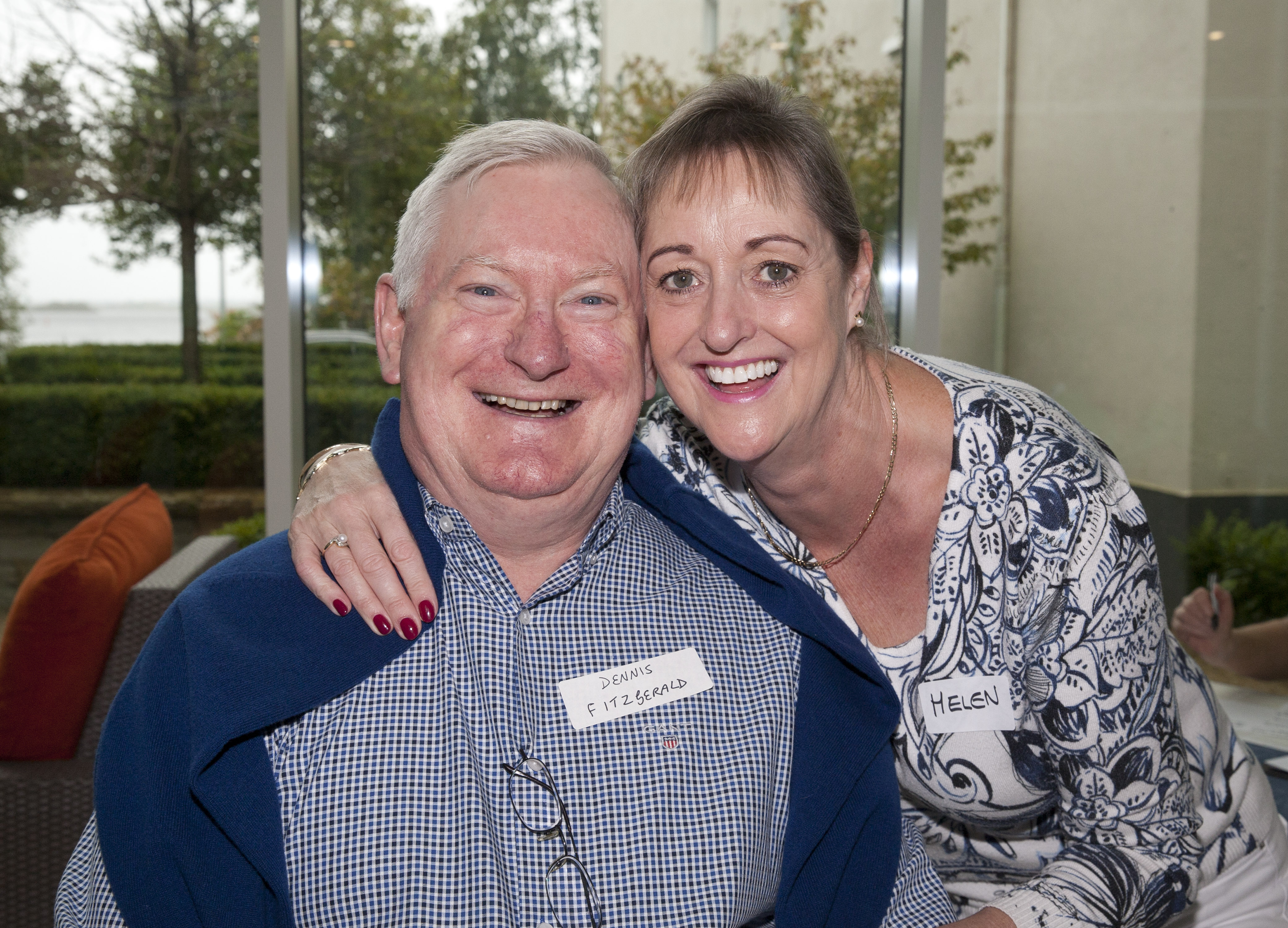 I did not feel like speaking and my voice had become very weak, however Aideen O’Riordan Speech Therapist on Dr Ryan’s team did tremendous work with me over a number of months and I slowly regained my confidence to speak again. She gave me several exercises to strengthen my voice and control my breathing skills. Likewise, I was attending Liz O’Sullivan Physiotherapist on the team and she too built up my confidence to walk as much as I could each day and equipped me with two sticks for support. I hated those sticks at first but gradually I accepted the tremendous help and independence they gave me. I had to take early retirement from my work in Lilly in July 2008 after 28 years’ service and a job which I adored.

I started going to the local hotel swimming pool every week which has really helped keep me mobile and I also bought a Motomed exercise machine on which I can cycle and exercise my legs and my arms which I do on a daily basis. I also try to keep walking daily both with my sticks and my rollator. I am still driving as I have an automatic car. I am still enjoying my life and I love listening to music and we attend the odd live music event too although obviously curtailed now due to Covid restrictions.

Helen has been my rock throughout this entire journey. She has been so positive and gives me tremendous support and love on a daily basis. My children too are a great support to me as is Helen’s daughter and I absolutely adore my six grandchildren. My two sisters are also a wonderful support and live close by.

I am still enjoying my life every single day and “today is my best day” is my motto now. Helen and I don’t do negative anymore we try and look for the positive, we continue to laugh every day about something. Now I go on the phone regularly to negotiate our insurance bills, utility bills etc. I have regained my confidence to speak up and I begin my external phone conversations by saying “I have a speech difficulty so can you please bear with me.”

Now I focus on the things that I can still do every day and not on what I can no longer do. I feel positivity is very important no matter what illness you have, a positive outlook helps me to keep going and enjoy every day.

The IMNDA have been wonderful in their support providing me with a Shower Toilet, which continues to allow me to hold onto my dignity. They funded a Benoit Light Drive System for my manual wheelchair, which affords me great independence and freedom to get to places with Helen. It is lightweight and Helen can easily disassemble it and put it in the car boot.

The IMNDA have also funded a Home Buddy program for physio type stretching exercises, which have been invaluable in keeping me mobile. I really feel the benefit of this program. I try to keep mobile and positive every single day. Yes, there are days when I struggle somewhat with pains and stiffness, but I do my best not to let it drag me down. I use a BiPap breathing machine every night and without it, I would not survive. It is excellent although it did take months for me to adjust to it. Without this machine, I would not have the same energy each day. It is keeping me alive for sure. I must give special mention to Dr Des Murphy Respiratory Consultant in CUH also part of Aisling Ryan’s team, as he keeps a check on my lungs and has online access to my BiPap machine readings.

I have also had many helpless falls over the years due to the MND and have ended up in A&E with broken ribs broke my nose twice; however, I am still here to tell the tale!

The message I would like to give to newly diagnosed people with MND, is a one of hope which is why I have shared so much about my journey. I was initially told that I had ALS then years later was told actually maybe you have PLS. My initial neurologist said that it did not matter which type I had because my outcome would be the same. He gave me no hope at all. MND is a very tough diagnosis for sure but there is hope, I am proof that there is hope and I continue to have hope for the future". 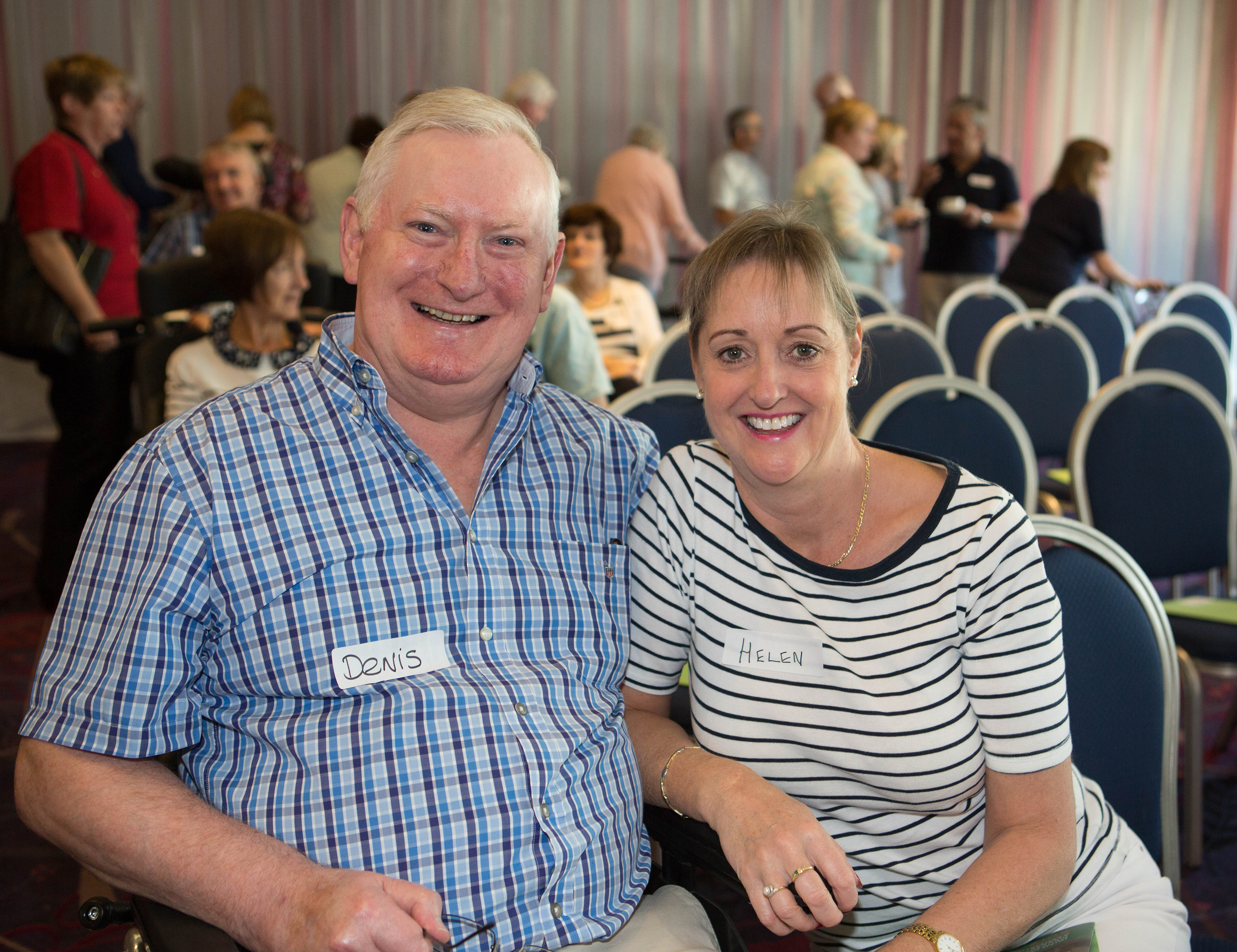